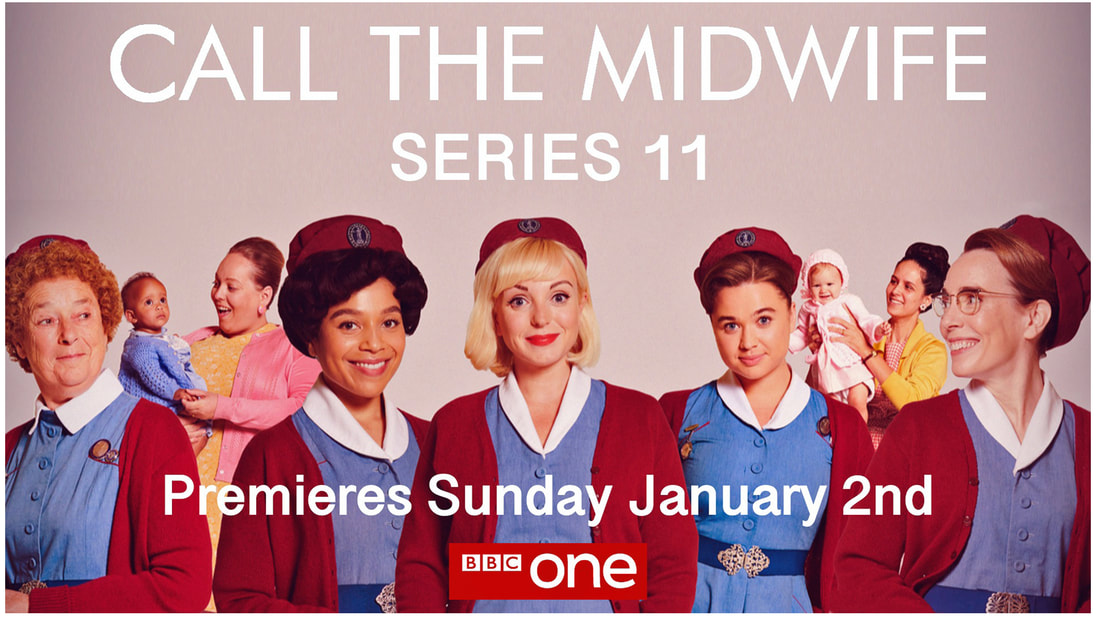 Megan Cusack to join Call the Midwife in Series 10 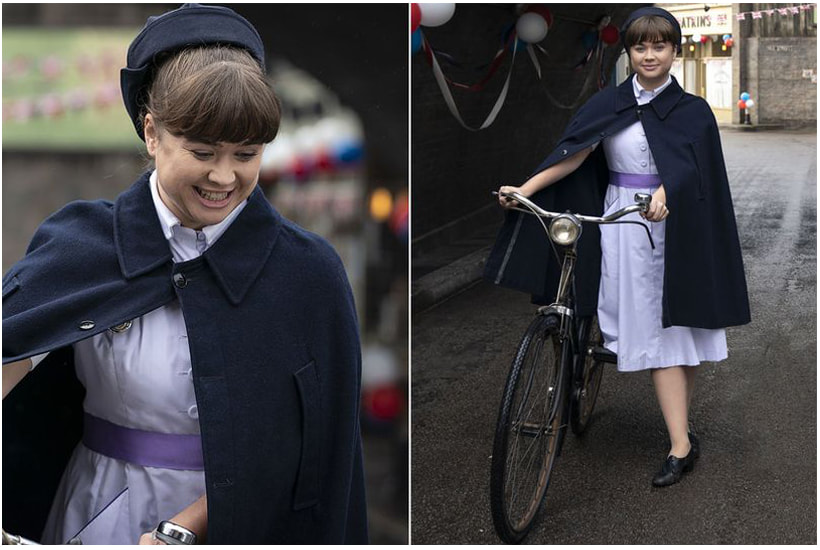 The Cast are back filming for the December Christmas Special 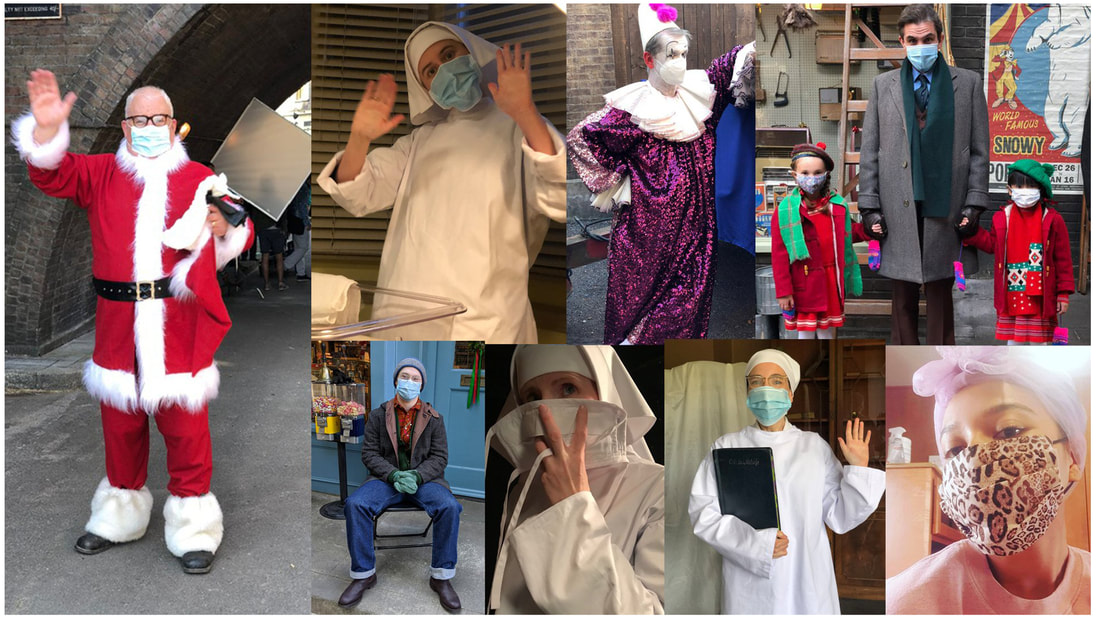 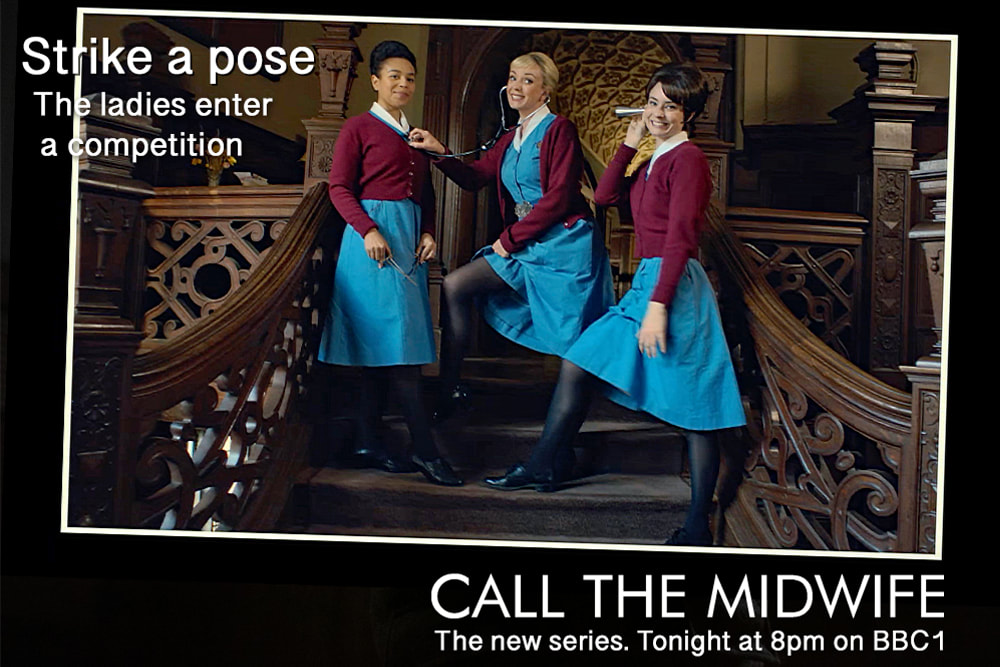 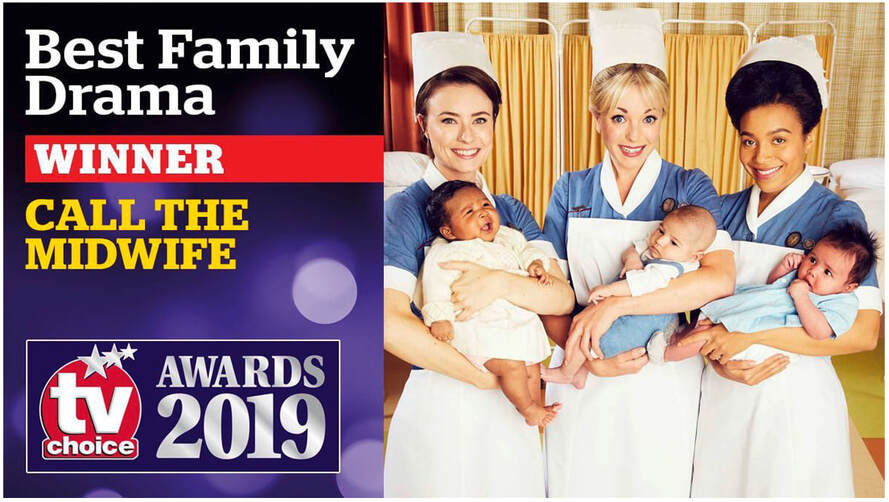 Helen George will star in a new stage adaptation of Daphne du Maurier’s My Cousin Rachel.Helen will play the leading role of Rachel in the production, which will run at the Theatre Royal Bath in November.Psychological thriller My Cousin Rachel became an international bestseller when it was released in 1951, and is one of du Maurier’s best-loved works alongside Rebecca and Jamaica Inn.
The mystery romance novel, largely set in Cornwall, was first made into a film in 1952 with Olivia de Havilland in the titular role, and again in 2017 with Rachel Weisz as the lead.The story tells a tale of trust and romance and deception, as young Philip learns that his wealthy relative Ambrose Ashley dies shortly after marrying their distant relative Rachel in Italy.Convinced that Rachel was responsible for Ambrose’s death, Philip travels to meet her in Cornwall, but becomes seduced by her charms, and is unsure if she is a gold-digger and responsible for the death of his loved-one, or if she is a victim of rumour and suspicion.
My Cousin Rachel will run from November 13 – 23 at Theatre Royal Bath, followed by limited touring dates that will be announced in due course. 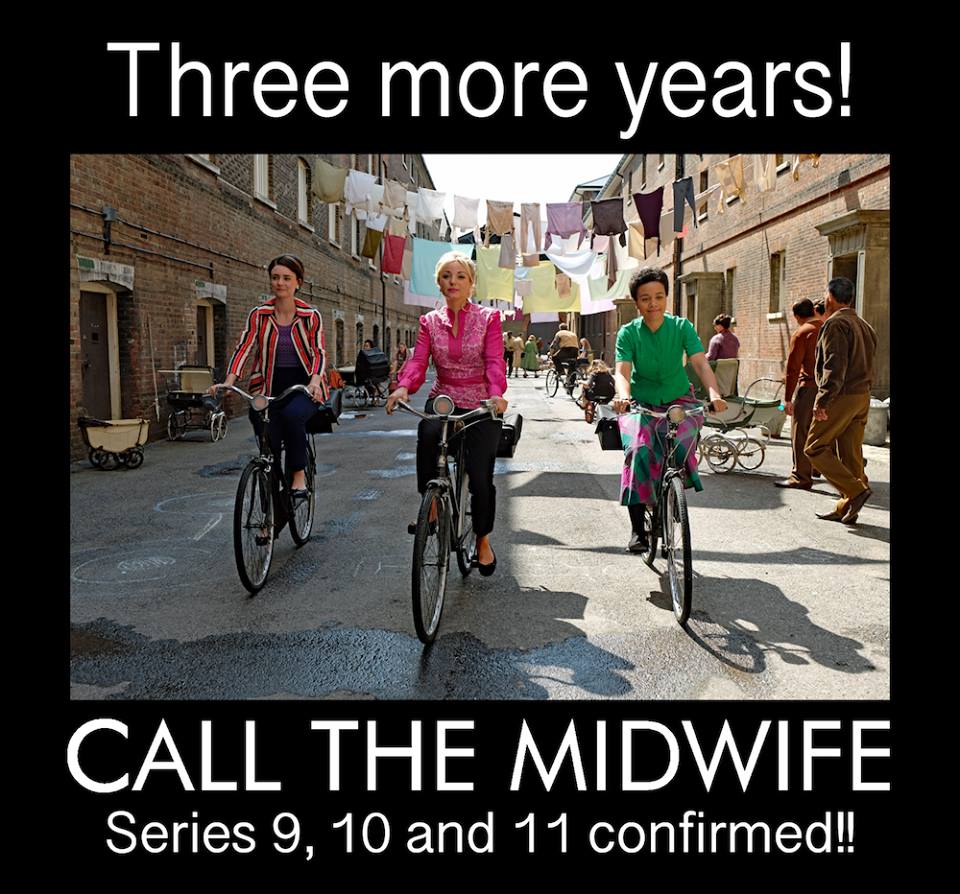 Patsy to play Camilla Parker Bowles in The Crown

Camilla Parker Bowles will make her debut in The Crown season three – and now Netflix has officially confirmed the casting of Call the Midwife actress Emerald Fennell.
She will star alongside Josh O’Connor, who plays a young Prince Charles in the royal drama. 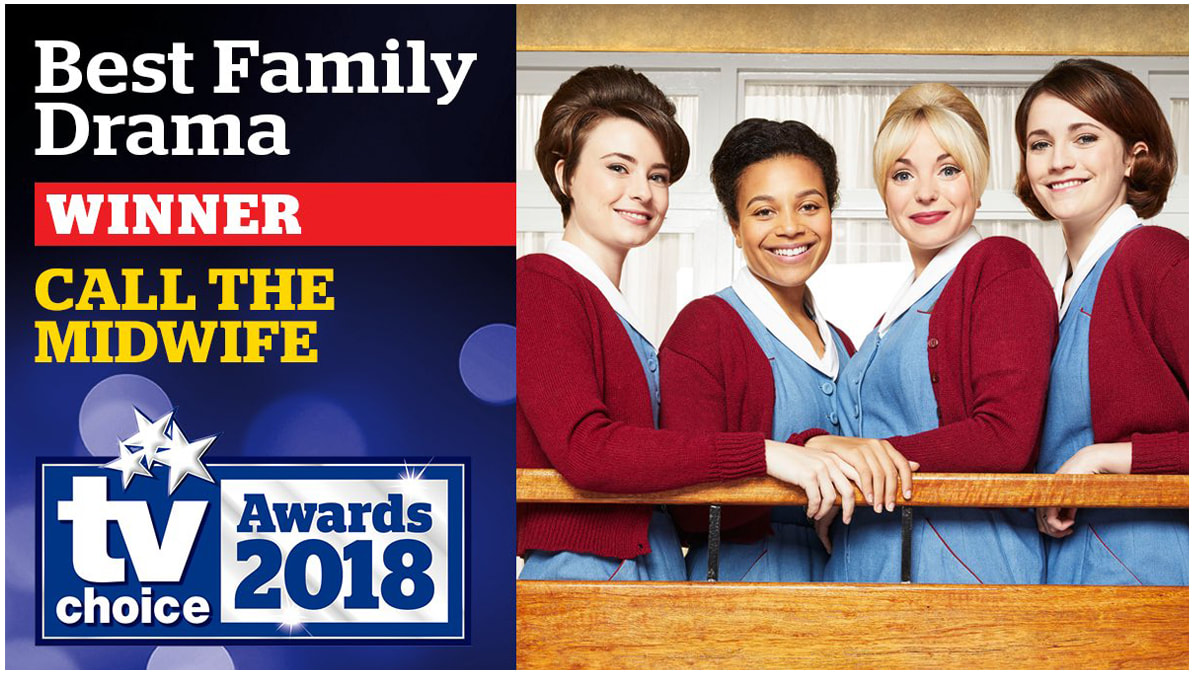 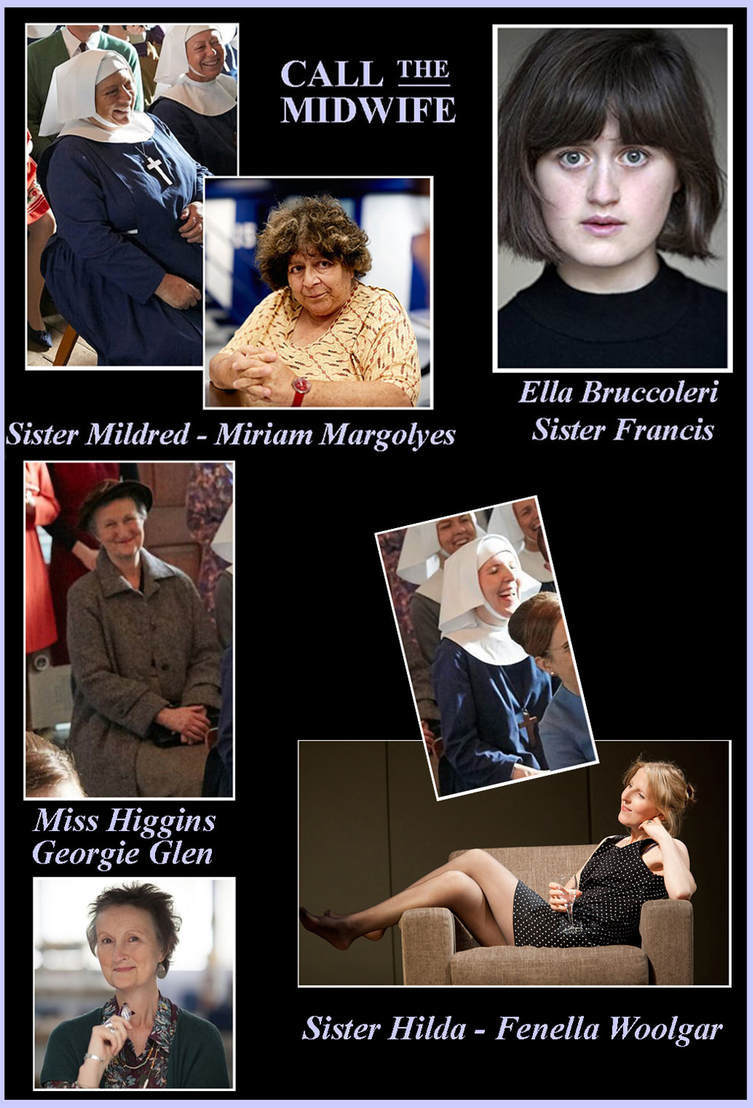 Trixie Performs For The Queen 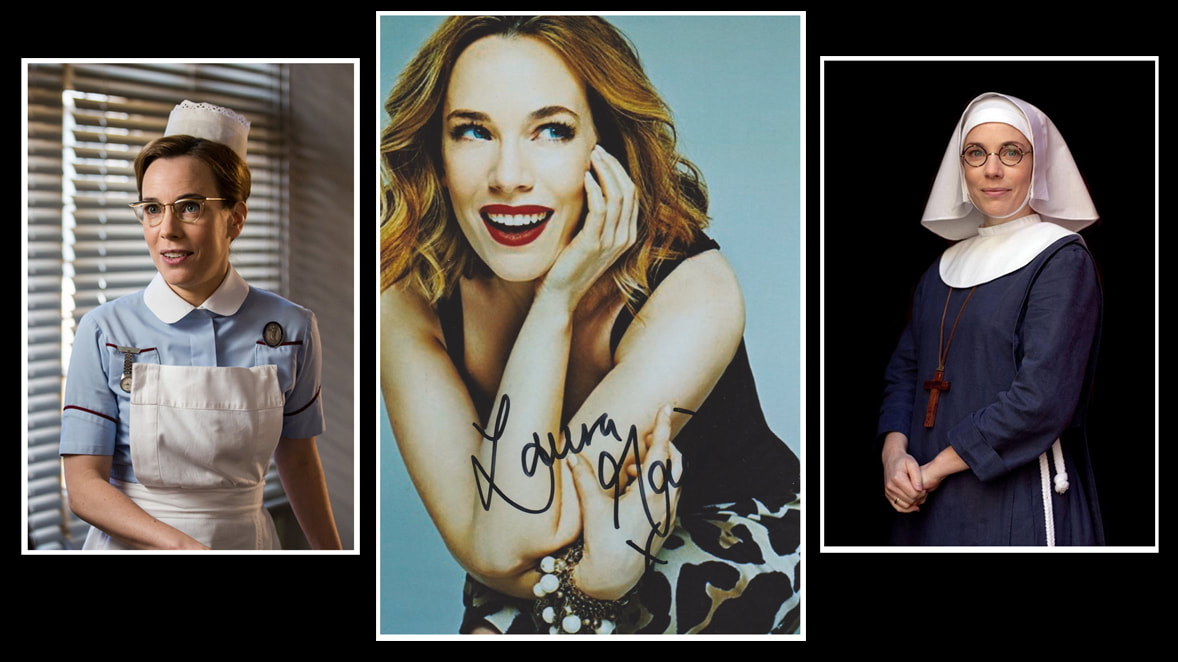 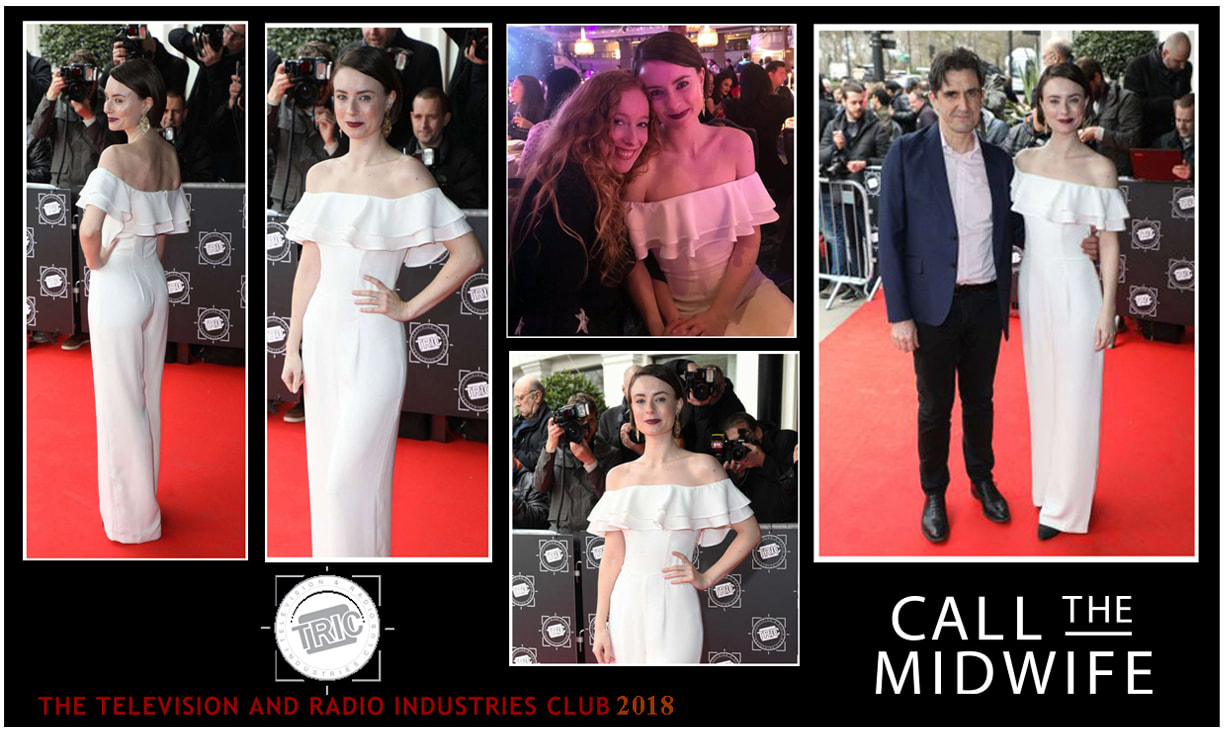 Call The Midwife's Charlotte Ritchie reveals why she quit... as fans mourn her character Barbara's tragic death to sepsis.Read more

With her arrival in the first episode of series seven, Lucille – played by Leonie Elliott – becomes the first West Indian midwife to feature as a regular character in BBC drama Call the Midwife. Another new character is Sergeant Woolf (Trevor Cooper) (Pic Below) who clashed with Nurse Crane in the Christmas Special. 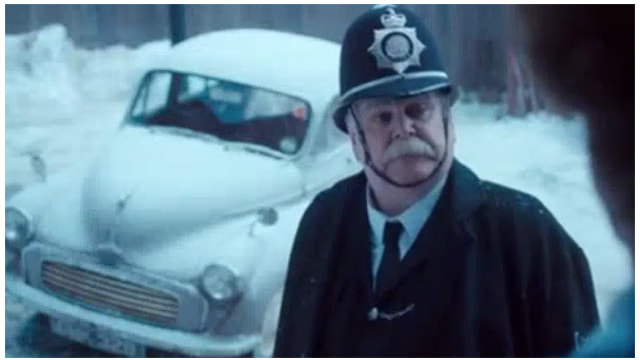 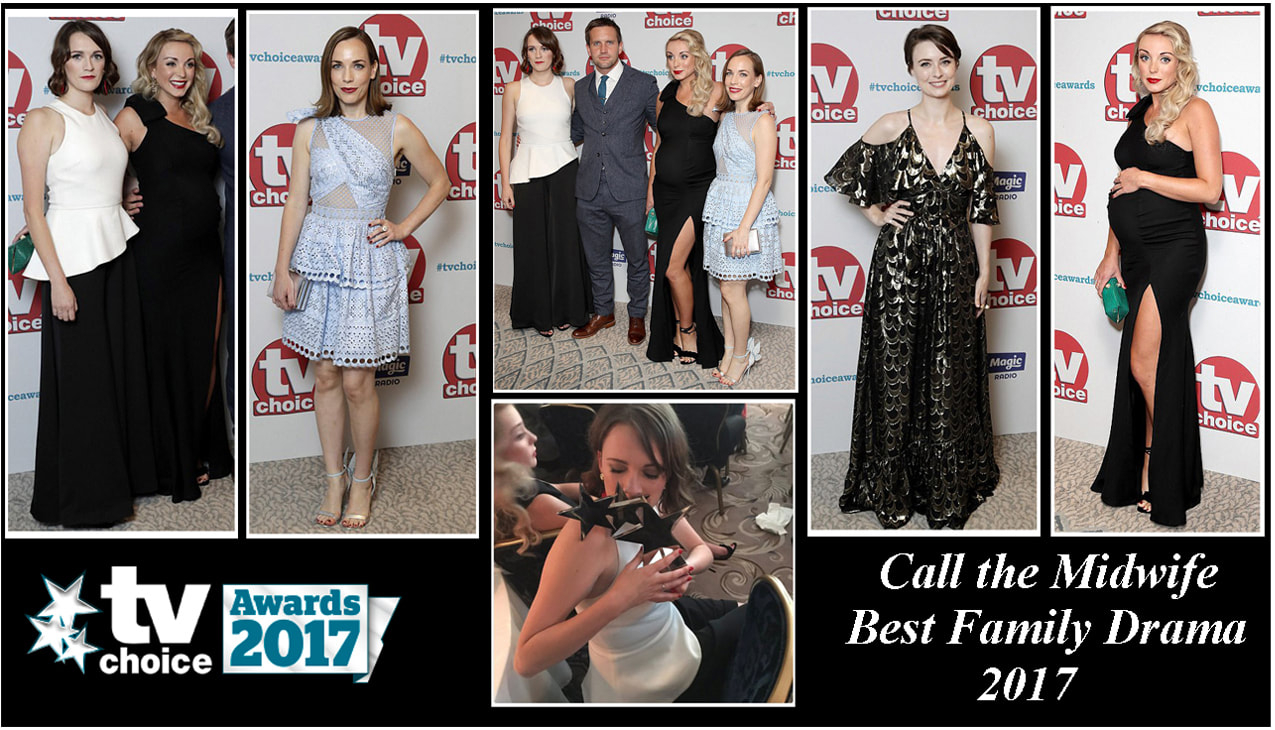 Call the Mid-Bride
Call The Midwife ended on a romantic note as a last-minute wedding closes the sixth series.​ 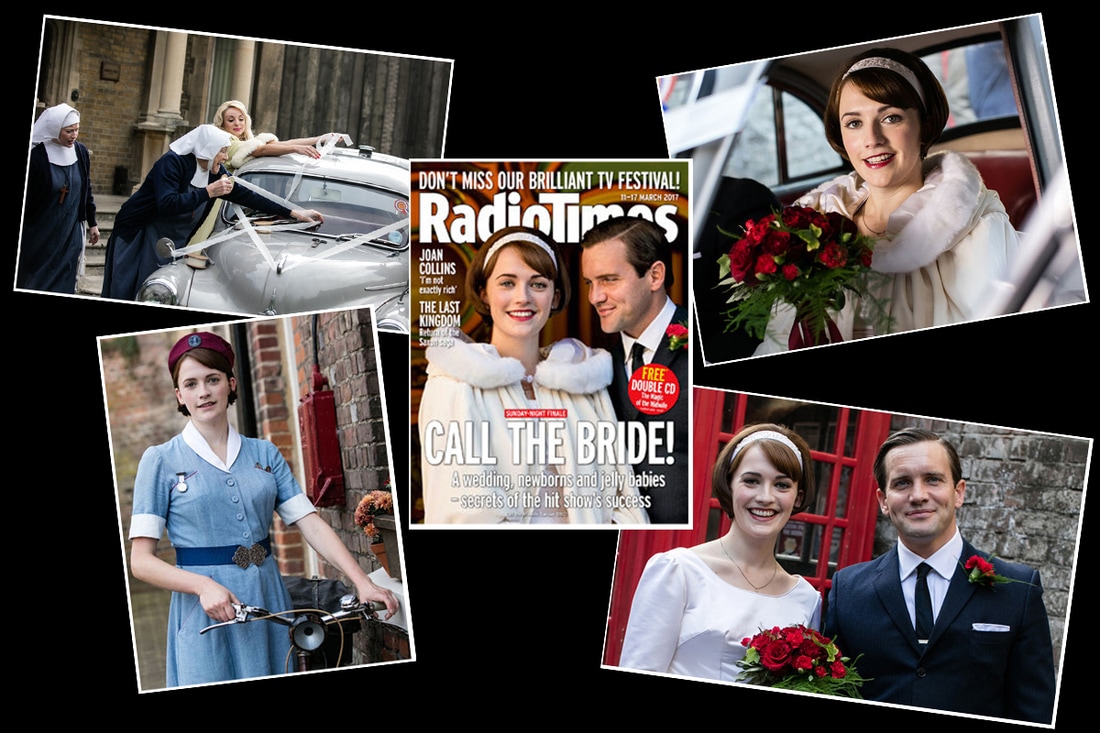 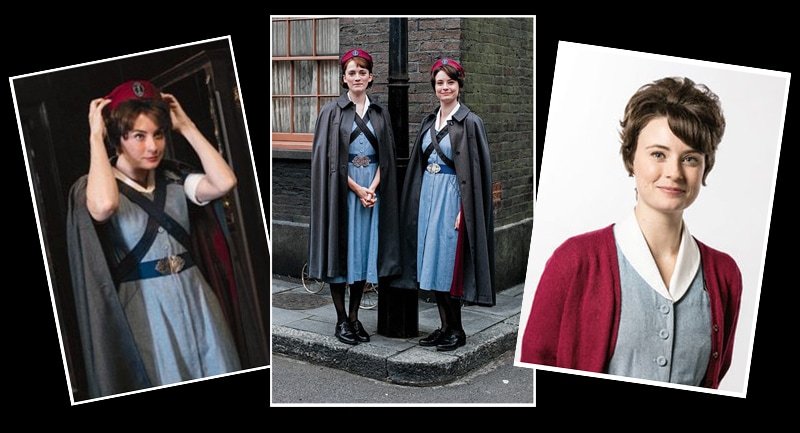 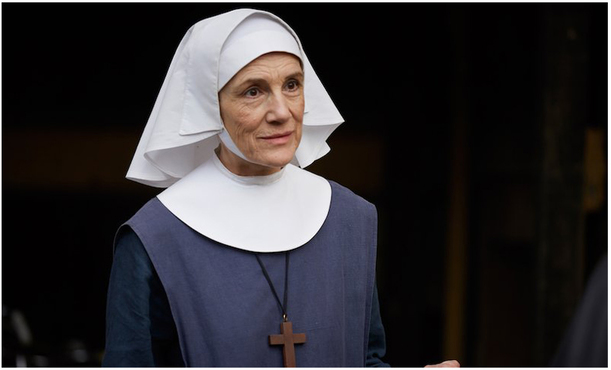 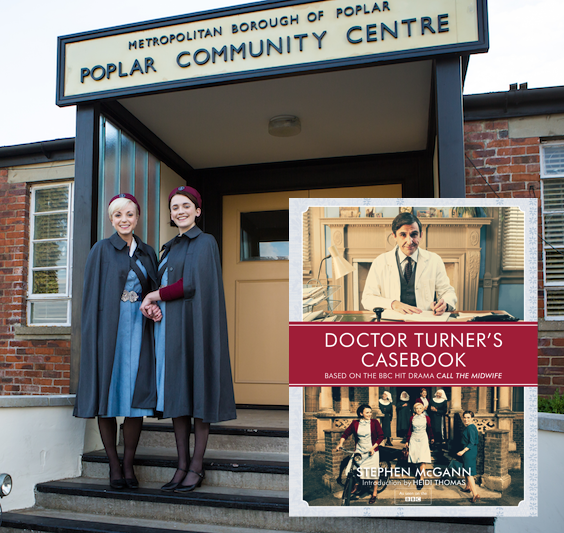 The new 'Call the Midwife' book called Dr Turner's Casebook - and it's written by  Dr Turner - AKA Stephen McGann:-)
In Doctor Turner’s Casebook, Stephen takes a trip back as the character of Patrick Turner to some of the biggest health stories that were covered in Call the Midwife.
​He shares Patrick's private experiences, fears and feelings at all of these significant moments. He takes the reader into the fascinating medical background to all of these stories – the key people and events that helped to eradicate the medical scourges that blighted Poplar, and helped to build the healthy world we take for granted today.
It's a beautifully presented book - packed with beautiful exclusive photographs direct from our set, insights from our series, and with a wonderful foreword from our series writer Heidi Thomas. A must-read for every Call the Midwife fan!!

Story and Photo courtesy of www.facebook.com/callthemidwifeofficial 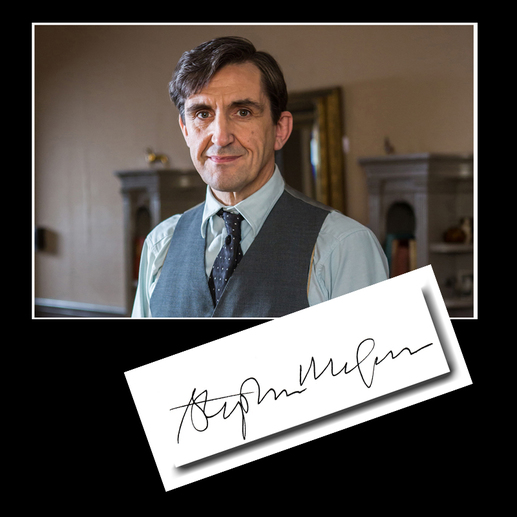 The Midwife's Swing into The 60's (Series Five)

Call The Midwife returned to BBC1 with Series 5 to tackle the Thalidomide scandal, birth control and lesbian love-lives in the early Sixties.
The popular show, based on the memoirs of East End midwife Jennifer Worth, has never shied away from harsh truths and unhappy endings.
It’s true that children could play out in the streets and that housewives left their front doors open in London’s Docklands in the Fifties, but there was also disease and poverty – and Call The Midwife has always depicted it. 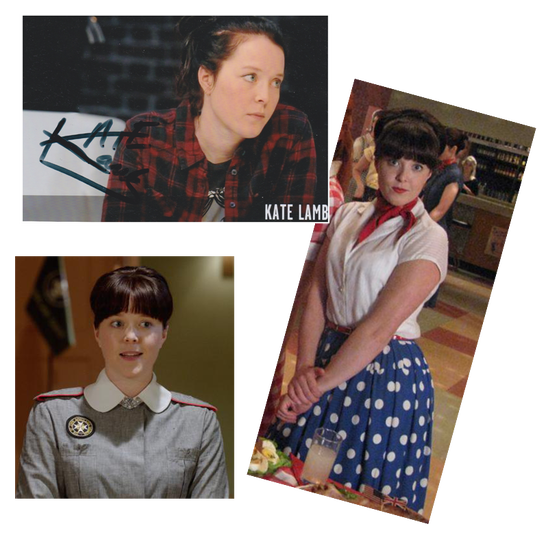 The Midwife Girls get a Modern Makeover

Jenny’s left, Shelagh’s forsaken the veil and the Swinging Sixties are calling. So who’s left holding the baby in Call The Midwife? Chin up, gels: there’s a new team in town. And, cripes, just look at them!
​ 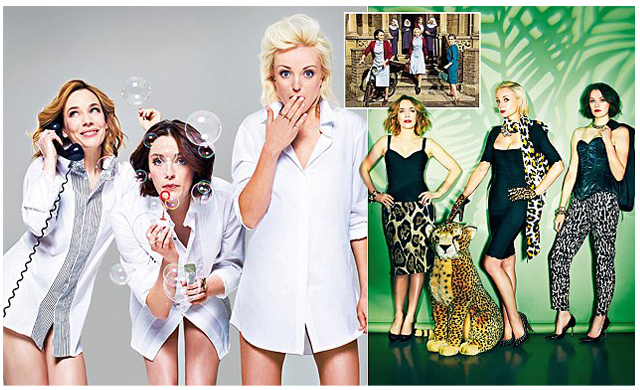 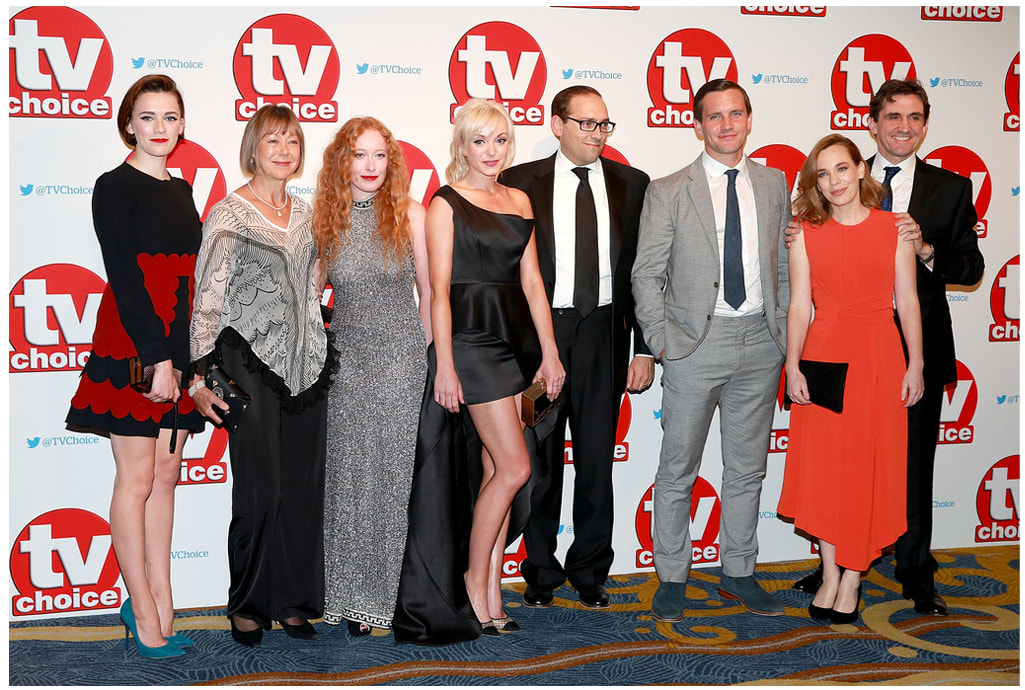